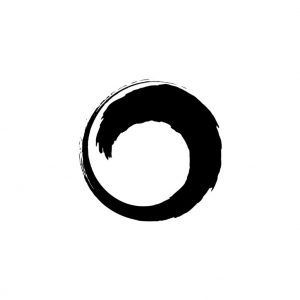 Flexible feeders are vision-based technologies for factory automation that provide manufacturing plants with the possibility to adjust production volumes and spread batches in different machines with minimum set up time.

There are two categories of flexible feeders in the market:

In the linear system, the parts that are released from the bulk feeder fall onto a motor-driven plate which spreads the parts all over.

In the circular system, the combination of a bi-directional rotation and the flipping impulse from beneath, lets the parts separate for the robot pick up.

In linear feeders, parts are released on a square/rectangular plate or belt that is driven by mechanical cams or electric motors. In these systems dropping, separating and picking are sequentially.

Even in the most sophisticated systems where separating is very fast and effective, the resulting cycle time is substantially affected from picking being sequential to dropping and separating. From dropping to picking there is a gap of 2-3 seconds.

In circular systems, the disc is split into four functional sectors:

By splitting and confining every single phase of the process in a dedicated sector, dropping, separating and picking parallel.
This process usually lasts 0,5 seconds, which is 4/6 times shorter than the former; afterwards the vision system can detect parts and send coordinates to the robot for picking.

In many applications which combine a single circular system with a fast robot the resulting performance exceeds 75 ppm.

The circular system is easily controlled by a set of sw parameters:

The proper set of parameters allows the parts to be effectively separated and oriented.

The circular system is compatible with continuous movement and circular tracking, the outputs of a single feeder and robot can even exceed 90 ppm. 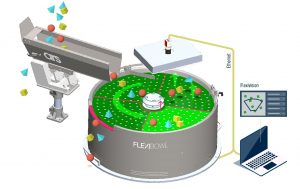 The FlexiBowl® falls into the category of circular system.

A striking feature of FlexiBowl® is the high payload, with parts total weight exceeding 7 kg.

Increasing market complexity dynamics drive companies to be loose in their forecast and prompt in...
Read More
The leading companies in the field of medical equipment assembly are creating solutions with an...
Read More
Available the new FlexiBowl® Version Compatible See More What is a cleanroom; Classification of cleanrooms;...
Read More
Robotics and Industrial Automation fairs, exhibitions that take place in October and November 2021 over...
Read More
GM Automatyka has presented our FlexiBowl solution at ITM Industry Europe in Poznán with their...
Read More
Vibratory Bowl Feeder: Traditional part feeding system FlexiBowl: the new frontier of feeding systems Comparing...
Read More
Total cost of ownership We explain below why FlexiBowl® is a cost-effective solution, according...
Read More
What is a SCARA Robot?   The SCARA acronym stands for Selective Compliance Assembly Robot...
Read More
A PC based vision software package FelxiVision is a PC based vision software for robot...
Read More 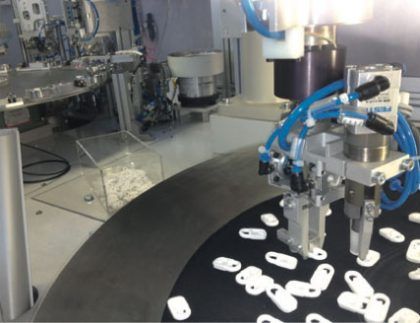 vamtam-theme-circle-post
The flexibility of a system describes its ability to adapt to a wide range of...
Read More


This website uses cookies to improve your experience while you navigate through the website. Out of these cookies, the cookies that are categorized as necessary are stored on your browser as they are essential for the working of basic functionalities of the website. We also use third-party cookies that help us analyze and understand how you use this website. These cookies will be stored in your browser only with your consent. You also have the option to opt-out of these cookies. But opting out of some of these cookies may have an effect on your browsing experience.
Necessary Always Enabled
Necessary cookies are absolutely essential for the website to function properly. This category only includes cookies that ensures basic functionalities and security features of the website. These cookies do not store any personal information.
Non-necessary
Any cookies that may not be particularly necessary for the website to function and is used specifically to collect user personal data via analytics, ads, other embedded contents are termed as non-necessary cookies. It is mandatory to procure user consent prior to running these cookies on your website.
SAVE & ACCEPT
Vibratory Bowl FeederNew Generation FlexiBowls® – Flexibowl® 200 with Meca 500
Loading Comments...