We explain below why FlexiBowl® is a cost-effective solution, according to current performance indicators.

Asset Lifecycle Management (ALM) is a management approach for industrial equipment which mainly addresses use and maintenance phases but also design, manufacturing, installation and dismissal/recycling phases. Within ALM, particular attention is given to the TCO (Total Cost of Ownership) as an indicator to evaluate all costs incurred during the life of the equipment.

Concerning the Middle of Life (MoL) use phase, maintenance and maintenance services are particularly important, given their strong impact from a cost and performance point of view. Increasing attention is given to the dismissal and recycling phase. The main reason to address an asset lifecycle perspective is to consider not only the cost and resources involved in the asset purchase, but also to take into account the costs related to its working life and to its dismissal at the end of its lifecycle.

The following picture highlights the concept: 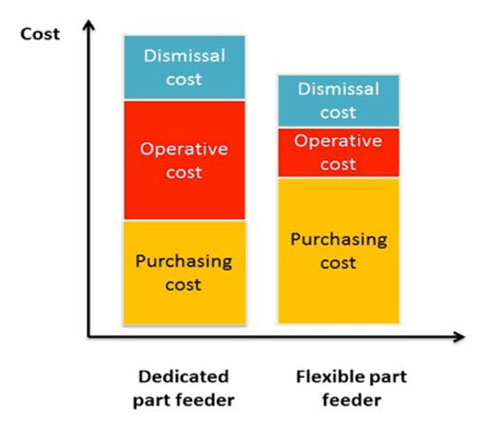 Many costs are involved during an equipment lifecycle. The main distinction is between CAPEX and OPEX: 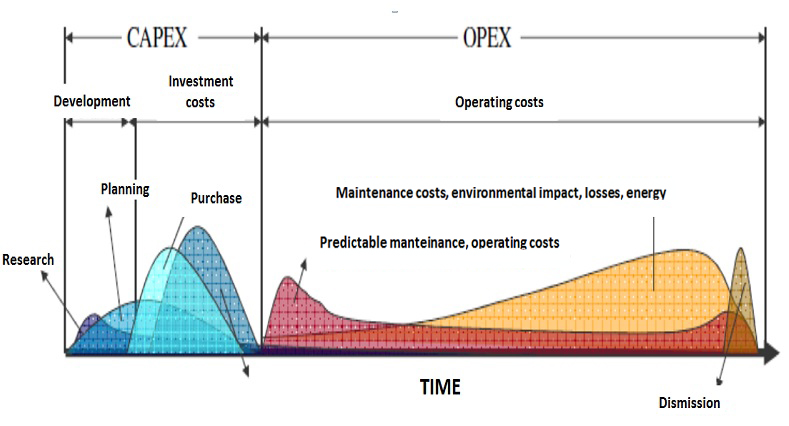 CAPEX components are made up of:

OPEX components are made up of:

Comparing traditional parts feeders and flexible feeding alternatives, two main factors should be taken into account for a proper analysis, purchase cost and residual value.
Currently most people are convinced that vibratory feeders are still significantly less expensive than alternative equipment, but if we consider the following cost analysis this idea might lose validity:

OEE measures the effectiveness of a manufacturing plant. It is determined by the combination of availability, efficiency and quality. 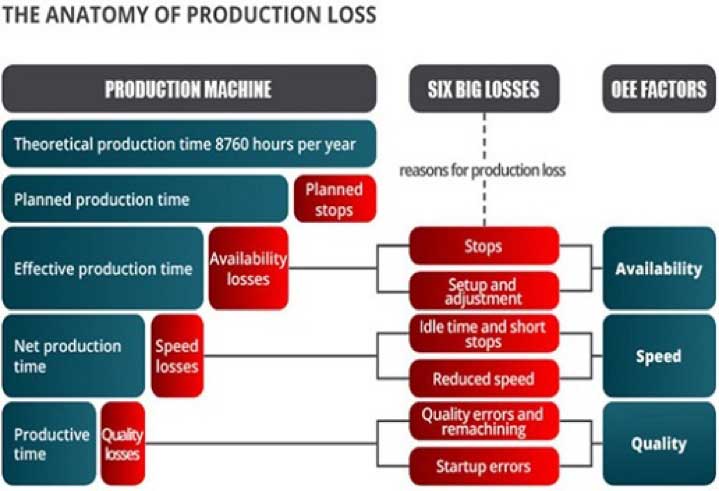 Availability Rate (AR)The availability rate is the time the equipment is really running versus the time it could have been running.

Quality Rate (QR)
The quality rate is the amount of acceptable material versus the total amount of material that is manufactured.

The OEE values reported above are based on real applications, for cosmetic and automotive components assembly.

In this case the following OEE values were recorded:

FlexiBowl® is able to feed a wide range of components such as membranes, rubber discs and other similar components with irregular shapes and surfaces with high adherence. These kinds of parts are difficult to feed with traditional assembly systems.

Membranes and rubber discs are used not only in the automotive field but also in medical, electrical and electromechanical components areas. FlexiBowl® provides efficient and reliable operation without parts jams. Performance is consistent as the tables show: Values of availability, performance and quality are virtually the same as in the cosmetic industry example. The performance of vibratory bowls is lower in this example than in the cosmetic case, mainly because of reduced availability. The presence of burrs and dimensional variations can affect system performance. Moreover, frequent stoppages require dedicated manpower to verify system work, which increases overall systems costs.

When these operational shortcomings are extended to a system composed of multiple feeding units, the global efficiency for the entire system can go down significantly, and the advantages of flexible feeding systems become even more important.

The inherent performance of vibratory feeders rapidly decreases the overall performance of a system that incorporates several units, since every bowl stoppage affects the entire system and increases the odds of system downtime. The differences in global system performance can be quite significant. Flexible solutions based on multiple FlexiBowl® feeding units can attain much higher performance values.

Assuming a residual value of 90%  the resulting 10% waste is due to wear-out after 1 year of utilization. Vibratory systems also experience a small amount of wear, but if there are production changes, they do not have any residual value.
With reference to the first table, the following factors should be considered:

In a long term perspective, a dedicated solution, such as a vibratory feeder, has to compete with a flexible solution that can provide greater performance in many different applications. The initial investment can be amortized over various products and spread over a longer planning horizon.

FlexiBowl® can achieve a productivity of up to 60 p/min. When much higher productivity is required, hard automation is typically more cost effective.

In general, better assets have a higher acquisition cost, but they can offer an improved reliability level. As a result, an increase in the asset acquisition cost can be compensated by lower operating costs. Normally, this is due to both better energy efficiency and lower maintenance costs. Thus, choosing a high quality asset and adopting a corresponding life cycle can be a valuable strategic option.

Any cookies that may not be particularly necessary for the website to function and is used specifically to collect user personal data via analytics, ads, other embedded contents are termed as non-necessary cookies. It is mandatory to procure user consent prior to running these cookies on your website.